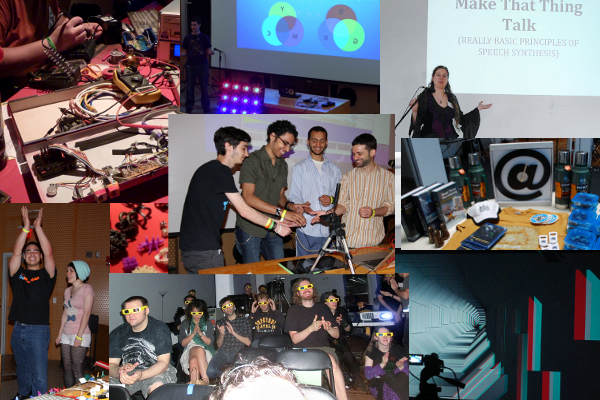 @party is a program of the nonprofit organization Artisan’s Asylum, Inc. We aim to promote the development of the demoscene in North America within the context of art, educational, and technological communities that share our goals, foster cross-pollination in the New England art and technology community, and encourage collaboration between current and future demosceners around the world.

Short version: We’re about providing an environment in which folks can meet, learn from each other, and collaborate on cool expressive projects involving technology, particularly computers.

@party was founded in 2009, when Metoikos was finishing up work on the 67th World Science Fiction Convention in Montréal. 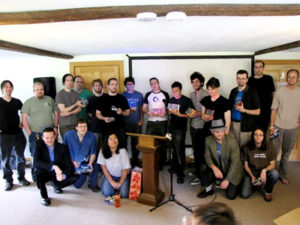 Why Massachusetts?
Massachusetts has a special place in computing history, with a cluster of colleges and universities that helped lead the computing revolution, including MIT, the various UMass campuses, Worcester Polytechnic, and facilities like Lincoln Laboratory, as well as the many tech companies of the famous ’128 corridor.’ It has been host to scores of developments in the field, from the days of Project Whirlwind and the Harvard Mark-1 to the invention of the first interactive computer game, Spacewar!, and is home to many notable scholars, coders, and artists.

Why @party?
Meetups for computer geeks at science fiction conventions in the 1980s and early 1990s were called @parties, and the name of this event has been chosen to honor that tradition.