Special notice to all the readers:
We do not want to be a videogame.
We don’t want to be an art movie either.
We are just kickin it DEMOSTYLE.
— from Re-recycle by Fairlight

. . .  at its most basic level, a community of electronic art creators and enthusiasts.

Historically, the demoscene has centered around demos, generally noninteractive demonstrations of coding, artistic, and musical prowess which run realtime on computers. Demos aren’t films or games, although people often take captures, because sometimes a particular video card, processor speed, or sound card is needed to watch specific productions, known as prods for short. Nowadays, demoparties include a variety of competitions, including film/animation, photography, game design, and wild (anything goes).

In addition to competing, attendees at demoparties socialize, learn from each other, and sometimes collaborate onsite on last minute entries. Software development houses, particularly game studios, benefit from techniques developed in the scene, as well as the networking and skill building that demoparties encourage.

The first video below is the opening sequence of Moleman 2: Art of the Algorithms, a Hungarian documentary about the demoscene. It is a montage of some memorable moments in demos over the history of the scene, presented in chronological order: 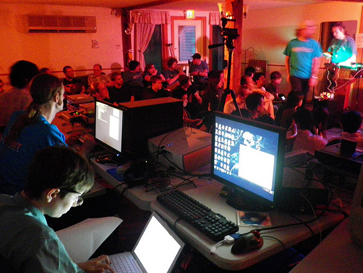 . . . a collaborative computer art festival where sceners meet and participate in a variety of competitions (compos, for short) which allow them to demonstrate their technical and artistic skills. Sometimes entries are completed onsite, but for the most part people prepare their entries in the months beforehand. This is an opportunity to showcase your work. Although most parties have demo and music compos, the other categories involved may vary considerably, including everything from film/animation, to games, wild (anything goes), and sponsored events (like the web demo compos sponsored by Mozilla Labs at various parties in 2010).

So where can I find demos?

Here are some demos you may enjoy to start with (there’s a lot more out there):

The primary archives of scene-related files and information at present are scene org, and pouet.net, and demoscene.us has information related to the demoscene in North America. Two sites at which you can view captures of demos are capped.tv and demoscene.tv (the second also has footage of parties). A good place to listen to demoscene music and commentary is SceneSat internet radio. To view photos of many demoparties, you can also visit slengpung.com.

The demoscene sprung up as part of the cracking and disk swapping subculture of the mid-1980s. 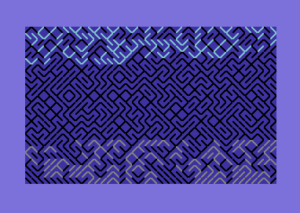 When folks figured out how to bypass a program (usually a game) requiring the user to type in a code from its manual, they often added an opening sequence (or cracktro) to the loading screen to advertise their (or their team’s) accomplishment.

The demoscene quickly split off from copyparties (as they were known), and by the early 1990s large events like Assembly and The Gathering were drawing thousands of sceners. In North America, for reasons which are still under debate, the demoscene is not well known and events tend to be small (with the exception of the legendary NAID [North American International Demoparty] in 1995 and 1996, with ~500 attendees) and rare.

The spirit of the demoscene is older than the microcomputer (or PC, i.e. personal computer as opposed to massive multiuser mainframe), for before the internet as we know it today and even before the BBSes that gave many North Americans their first taste of the scene, there were ham radio enthusiasts and computer animators.